Jewellery made in memory.

Jewellery has contained symbolism and has been part of the rituals in life for as far back as history has been recorded.

Adornments and jewellery have been used to represent and remember those who have died.

The ancient Egyptians valued personal adornment highly. The deceased were adorned for their send off into the afterlife. The symbols within these adornments were equally important to those alive and in memory for those who had died. The rarer the gemstones and materials the better, as this was a sign of great wealth and success. Gemstones where carved to emulate symbolic forms like scarab beetles which conveyed renewal, regeneration and endurance of the soul. Snakes were used as a representation of spirit guardians and the spirit, and also a symbol of ever lasting love.

Memento Mori jewellery (16th-18th Century) was created to remind us of the inevitability of death. This often contained skulls, coffins and skeletons, and were often worn in remembrance. Also the wearing of such jewellery would be regarded as a kind of talisman and was worn as protection and a constant reminder.

This idea has been modernised in line with contemporary life. One can now have jewellery made containing your loved ones ashes, and even have their remains made into diamonds.

It is possible that a jewellery was comparable to a photograph in todays society. To commission a painting may well have been too costly where as a token piece of jewellery might have been a more achievable price.

Different stages of mourning were represented by different colours. After a period of time the mourner could progress to colours other than black or white. The colours of Blue, Grey and Purple would have been reflected in the jewellery that was worn.

Often money was left in a will for the purpose of creating morning rings for specified list of mourners. Jewellery often contained a piece of the relatives hair.

I have had the honour of making several pieces of jewellery which were commissioned in memory of someone who had died. 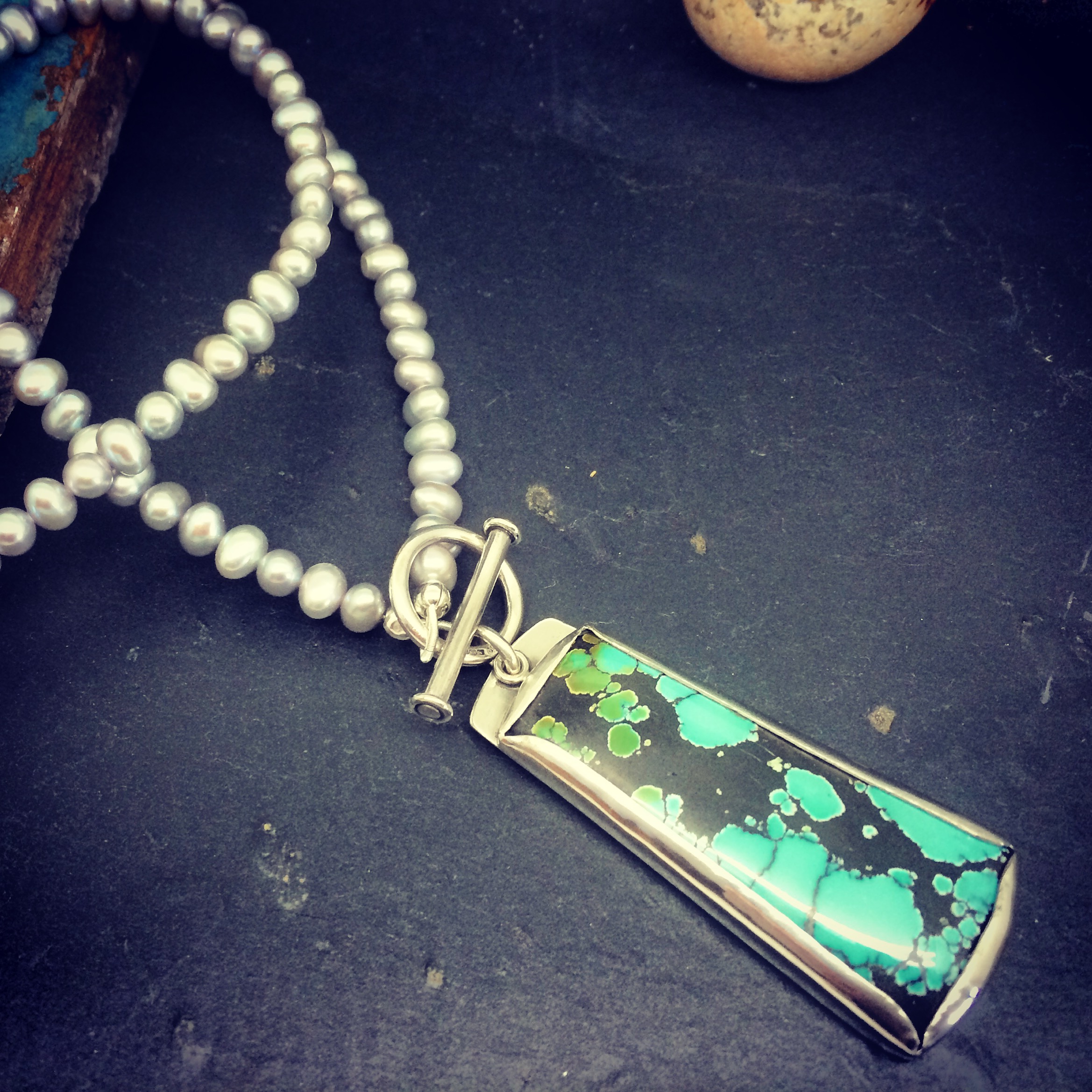 Turquoise is know as a stone of protection.

How us it ‘that time if year’ again already?

Tools of the trade

If you’d like to purchase something please don’t hesitate to get in touch.

All my details are on my contact page, or click on the logo below to visit my online shop on Folksy.